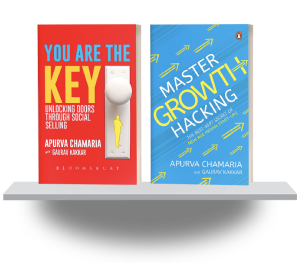 Free basics. The illusion of more.

“Internet.org” is a partnership between Facebook and six companies (Samsung, Ericsson, MediaTek, Opera Software, Nokia and Qualcomm) to provide economical avenue to selected Internet amenities to under-developed/ developing countries. In September 2015, the app providing these amenities was renamed “Free Basics”. So far Free Basics is available in 37 countries including India with Reliance Communications.

Facebook launched the initiative in India in February 2015 with Reliance Communications (RCom). RCom offers the service under a ‘Freenet’ button on mobile phones. It started with free access to select 33 websites across Gujarat, Maharashtra, Andhra Pradesh, Telangana, Tamil Nadu, Kerala and Goa subsequently increasing to 80 websites. In December 2015, TRAI asked Reliance Communications to stop the Free Basics service of Facebook temporarily till it reviews whether Free Basics conforms to net neutrality.

Opposing the initiative are major startups including Zomato, Paytm, Teesort.com, IIT and IISc professors and many internet activists. Paytm Founder and CEO, Vijay Shekhar Sharma, tweeted disapproval to Free Basics, urging a "jihad for independent Internet". He went on stating "Oh my fellow Indians, either choose this and do a jihaad for independent internet later or pick net neutrality today". Over 140 professors from IIT and the IISc signed a joint statement rejecting Facebook's Free Basics proposal to TRAI positioning it as a "misleading and flawed" proposal, "a lethal combination which will lead to total lack of freedom on how Indians can use their own public utility". Various advertising campaigns have also been launched mocking Free Basics. The volunteer-driven SaveTheInternet crusade collected over 250,000 emails, according to its Twitter counter. Using generic phrases “free, basic Internet” interchangeably with “Free Basics” by Facebook is being termed as deliberate exploitation of Indian rules on advertising, which prohibit common words being used for brands and products.

Though Free Basics have faced numerous criticisms the initiative has few merits;

Few other models providing free Internet access to people include;

Free Basics is in fact not free entirely

The Free Basics Internet portal by Facebook and wireless partner RCom. are offering is not completely

unrestricted. The platform can only be accessed by subscribers to paid data plans offered by the wireless

provider. However, once subscribed to a data plan, wireless users do not draw down on their data quota

for access sites within the platform. The most elementary data plan costs about INR 149 or about USD

Whether Free Basics is creating a Digital Divide or not

The vulnerability of favoring an isolated platform such as Free Basics over public Internet is that it is likely to introduce a new kind of digital divide among the mass. The segment joining would consider Facebook is undeniably the Internet.

This is the time to take a stand for keeping the internet truly free so please take the time out to understand both sides of the argument and get involved in this important debate.